I was drafted into intelligence work years ago, before that I was a perpetual student, then a novelist, then a comedy radio host... now I am a powerful force in a shadowy world, and also dying. I wrote five books but I am a bit of a hack. I do not use my real name because the confusion of my cover and who I am, and the false gravity fame gives words, sickens me. 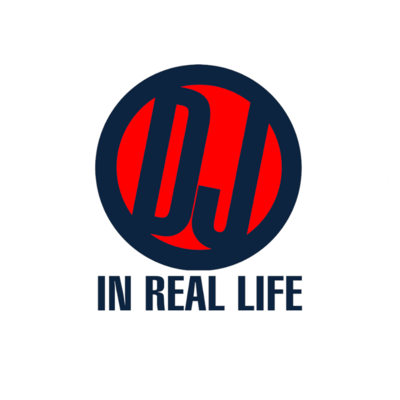 The latest episode of DJ in Real Life is up & online...I get real personal about some turning points in my life including one I never talked about before until this very show...check it out here: https://www.twitch.tv/videos/1484222848 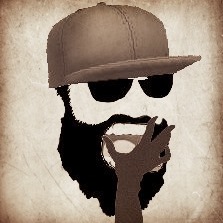 @Effortless @darrenoneill I know you guys love music, I was wondering if y’all ever heard this.. was super popular in my tiny circle of two back in early 90s when tripping balls.. kinda Pink Floyd ish vibes n such but instrumental musical journey.. and it’s live 😂🤘 I highly recommend if you’ve got the time to indulge. Word. https://youtu.be/-WBT0z_xCnk

At the Internet Institute free library, I finally figured out how to spell a writer I used to follow in my youth, and there were few who I made sure I got all their books. Halderman and Jerzy Kosinski are the only two I remember. The Painted Bird is a lesson everyone needs to know... if you paint red on a crow when it returns to its murder, the flock kills it, thinking it is a stranger...

THE FOREVER WAR is the book that hooked me on Joe H., a Vietnam Vet who writes out his frustration and hatred for war in science fiction. This was long before my involvement in the military intelligence, but the book is basically about a man who is given all these personality overlays, with true self only coming out when he was in danger.

I just finished sixteen years undercover, and the book means so much more to me now. I kept my ethics, having been drafted in a brutal way and pretty pissed about it, until I was able to turn the tables on them a bit.. what amazed me was how many people in that world, from criminals, to bikers, to cia and fbi (who once interrogated me for 7 months for a domestic mass murder, which I learned about by being accused of it, among many other things, like the religious cult built up around me, after they brainwashed me), and people who no one has heard of, including powerful Nazi's who know I do not care what you think, just how you act.
There was a good chance at world peace until Putin pulled this shit. I was with the Chinese and criminal groups and made vows to some I would never break, because you do not give up your contacts, and they were not my focus. The Chinese can be very honorable to an extent that they can be partners with the right incentives. I did not follow their politics, because I was not able to criticize them with even the president thinking I was the leader of the communists in the USA and other places. I rather feel like when your house is a mess, bitching about others mess...

I exposed spies who were using tactics I cannot abide by, & found the Chinese do want peace, and most people want a democratic republic, except trump. I had to work with Bush, because his ass needed saving and people I associated with were the only ones who could do it,, and of course he stabbed me in the back because of something I had nothing to do with, but with my cover, he could not believe me I was too deep for presidents to know about, but I dealt with Obama and Biden,,, etc.

The Big 3 are beginning to realize we have a common enemy in climate change that will kill us all unless we unite....

I work with A 4th power, aliased COPPER, because we are covered in so much blood washing it off would dishonor our kills.

Our philosophy comes from a very obscure, badly written, long out of print book, Irregular Modern Warfare, ALL POLITICAL FORMULAS ARE FICTION, ONLY THE FORCE PRODUCED IS REAL I tend to think this applies to religion, people, etc... Most people are all talk.

This is why I can work with most, but Putin.... if you remember the day, you can look it up if you wish to verify my words, Putin all of a sudden pulled ten thousand groups away from Ukrainian boarder, that was the day I dropped my cover, and told Russia and China to stay out of the war we were about to fight stateside, and my threat was pretty specific to Putin.

Then I made the mistake of saying I was not going to involve myself in regional conflicts around the world, and he attacked. I doubt I could have stopped it, but I did learn that if you have international force, you either use it for the forces of love, or create a vacuum that the forces of hate will fill, to be almost trite but truthfilled.

The communists here had gained too much power, were using racists. We used a hidden force I had on the side to punish them. I was too successful in building the group to want all communist killed, though for ten days we made the point that there is a fourth power.

I am dying by the way, so there is no stopping me from writing these words, though fear is not my thing, because of my faith in God. I keep my pack light, the Golden Rule... from a caress to a kill, making mountain climbing a lot easier.

There is a difference between a killer and a murderer.. About a decade ago, I ended up, once again, with a pile of blood money and I told them to donate it to charity; this money came from extortion and murder mind you.
Who should show up on my screen, Trump, saying to me, with this weird smirk and his usual disgusting, satanic air, GIVE THE MONEY TO CHARITY? HE IS a murderer, flat out. and wanted a cut of this blood money. I work with the group that did this still, though they have agreements with me now. POINT IS he was so involved with the 'deep state', he came begging for blood money.

I have despised him since first seeing him, in 80's magazine covers, when they were making unholy icons out of the rich.

He must NOT BE ALLOWED POWER. They are genocidal fascists.

YO! REPUBLICANS IN CONGRESS/SENATE, WHEN A TRAITOR SENDS A MOB TO KILL YOU & THEN YOU RUN HIM FOR PRESIDENT, YOU LOOK INSANE to the sane. He's a HITLER. Take a stand OR those with ETHICS will follow the man from Galilee, the one who said, 'Do my bidding until the rivers red.'

To be against the RIGHT WING Fascists running Israel and being called anti-semetic is EXACTLY like being against tRump and being labelled anti-Christian. Genocide in the name of religion is a crime against HUMANITY, and USA by standing by and doing nothing, even worse supporting their efforts and contributing, makes us just as guilty. My tax money goes to the vilest places on this earth. THE LEFT MUST BE ALLOWED TO FLOURISH AGAIN IN ISRAEL, rather than being so afraid to speak up that their silence is ALMOST understandable.

Killing journalists, egging on small children to throw stones so they can be gunned down, the head of an IDF who says rape is a good way to come down from battle. THIS IS WHAT OUR TAX DOLLARS SUPPORT. I am a person of the book, which makes me Jewish, Christian, and Muslim; the Golden Rule is The Sum of All Scripture is the golden thread running through them all.
. Like I thought so many times in my intelligence work, WHERE IS THE HAGUE WHEN YOU NEED IT? Then I remember most of the NAZI's became the CIA. There is an entire neighborhood filled with old Nazi's here in Chicago. White ones. Most I know of are black; the Nazi's had the best intelligence network in the world, so we took them, and left them in charge of Africa.. Big surprise. Do a little research before you condemn post-colonial countries for their problems without understanding the COLONIALISTS still exist. Countries are going broke paying European countries for leaving without blowing up all the industry they built while enslaving the locals,

LOOK INTO THE DEAD EYES OF A PSYCHOPATH. Ayelet Shaked, Israeli propagandist of GENOCIDE

A wasp named after Idris Elba is saving Mexico’s broccoli crop from parasites.

Caterday. I had two little kittens who my Husky Ruby raised, Scout and Gem.

The best reason to move to Mastedon is so you are not ENRICHING BILLIONAIRES WHO COULD STOP STARVATION, THOUGH INSTEAD SPEND ALL THEIR MONEY TRYING TO LEARN TO BLOW THEMSELVES.

AFTER ALL THE YEARS OF FREAKING OUT ABOUT BEING DIDACTIC

CONFESSIONS OF A RELUCTANT SPY

I was drafted into intelligence work years ago, before that I was a perpetual student, then a novelist, then a comedy radio host... now I am a powerful force in a shadowy world, and also dying. I wrote five books but I am a bit of a hack. I do not use my real name because the confusion of my cover and who I am, and the false gravity fame gives words, sickens me.

intelligencework There is nothing here!

writer There is nothing here!